While several social media sites have emerged throughout the years, Facebook remains one of the most popular. For example, according to its most recent Earnings Report, Facebook has over 2.85 billion monthly active users. Of course, this attracts all types of scammers wanting to make a quick buck at the cost of naive individuals. Even while Facebook has several defensive systems in place to prevent common Facebook scams from reaching users, some inevitably slip through the cracks. In this post, we’ll look at some of the most typical ways scammers attempt to scam Facebook users of their personal information and money.

Phishing scams could be regarded as the mother of all common Facebook scams. They’ve been there for millennia, at least in internet terms, and are an evergreen that hackers rely on all the time. Cybercriminals’ overall goal is to obtain your personal information so that they can use it in other criminal activities ranging from identity theft to selling data on dark web marketplaces. To accomplish this, the cybercriminal will impersonate Facebook, claiming that someone has logged into your account, that your password has been reset, or anything else that will create a sense of urgency and will include a link to log into your account.

However, the link will take you to a bogus copy of the Facebook login page, where the identity thieves will harvest your access credentials and gain access to your account. There are several indicators that you are dealing with phishing, such as if the email begins with a generic greeting or uses your associated email handle rather than being personalized alternatively, if the sender’s email address appears to be incorrect or is not affiliated with an official Facebook email account.

These types of common Facebook scams are on the popular social media network and are easy to spot. The loan’s idea involves the scammer posting public ads in which they pretend to give fast loans at extremely cheap interest rates; all they want is a little advance fee. The language frequently contains some form of narrative intended to instill trust, such as the lender being a successful businessman with a “proven” track record of lending money to a large number of pleased clients. One of the telltale characteristics of the scam, however, is that it is frequently written in bad English, with several grammatical and syntactic errors. Beyond that, it is difficult to confirm any of the claims because they are simply the words of the scammer attempting to con potential victims out of their money.

Giveaway scams work in the same manner as Live scams, attempting to entice consumers with the promise of large sums of money with little to no effort on their side. The approach often involves the creation of a page or account that impersonates a certain business, celebrity, band, or anything else that a potential victim could find appealing, followed by the formation of a competition based around it.

The ruse often mimics actual competitions, urging users to like, comment, tag, sign-up, and share the competition in order to increase its reach. They are encouraged to feel that they are in the running to win first-class plane tickets, concert tickets, products, or other tempting prizes after completing these tasks. Following that, potential victims are contacted in order for them to provide their personal information, complete a survey, visit a malicious website, or do a similar activity in order for them to reveal their personal information. However, as is typical, the victim will not win anything and will have either lost sensitive information or earned money for the scammers by completing a survey.

These two complement each other like strawberries and cream. The adverts themselves may be considered the initial stage in the victim’s journey when the con artist attempts to entice them into clicking on the ad, which will redirect them to a false marketplace by selling items at ridiculously low prices. This usually involves premium products such as Ray-Bans, or the strategy may focus on seasonal events such as Black Friday or Cyber Monday. In any event, if you get to the marketplace and even purchase something, the ultimate result will be terrible for you. The “fake store” might steal your personal information and financial details, resulting in identity fraud and charges on your credit card.

Alternatively, you might receive a shipment, but it will not be what you ordered, often a cheap knock-off of the expected item, and after you notify the “vendor,” they will request that you return the package and they will give you your purchased item. However, shipping costs will exceed the amount of your item, and there is no certainty that you will be repaid.

Another way cybercriminals prey on victims is through crowdfunding, donation, or charity scams. In this situation, they attempt to take advantage of people’s empathy and eagerness to help those in need by establishing fraudulent organizations or impersonating legitimate ones. Scammers may attempt to profit on a recent catastrophe, such as natural disasters, accidents, or other unfortunate situations, in order to get others to give.

There are, however, a variety of causes that accept donations all year long, such as supporting veteran military members, giving to numerous organizations dealing with specific diseases, or combating the climate crisis. To coax money from sensitive individuals, hackers may set up a Facebook page or group pretending to be a charity, collecting donations for any number of reasons, and attempt to intimidate users into giving by sharing sensitive photos or shocking videos and leveraging emotion to push you to donate.

Facebook is a fantastic way to stay in touch with friends and family. It’s also a great place to keep up with your favorite celebrities, companies, and news outlets. However, the social networking platform is not without risks, including countless common Facebook scams. You must be cautious to stay secure while scrolling, like, sharing, and commenting. Learn about the most common Facebook scams. Keep a close eye on any private messages you receive. Accepting friend requests or texts from strangers is not a good idea. Never transfer money to somebody you don’t know. Maintain safe internet habits and keep antivirus software up to date on all of your devices. These cautious measures will keep you secure on Facebook and other social media sites. If you are familiar with online dating apps like Tinder and Bumble, then using Facebook's dating feature will not be ...
Read More

A lot of us have joined in the fun of sharing Instagram reels. These short clips have caught everyone's attention, ...
Read More The new mobile dating app from Facebook functions similarly to other popular dating apps. Unfortunately, there may come a time ...
Read More 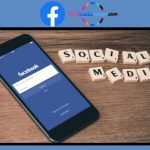