By automatically promoting your content, Twitter promote mode eliminates the need to manually create your own advertising campaigns on the network. It’s a simple and fast tool for the busy marketer that will ensure you don’t miss a beat. But there is a cost! So is it worthwhile to use this subscription service to maximize your Twitter presence? In today’s blog, we’ll walk you through our entire guide to this advertising technique, including everything from how to promote a tweet to all the costs.

Let us begin with what this tool is! The Twitter promote mode is a monthly subscription that essentially gives the social media platform the ability to promote your content. The first 10 tweets you send in a given day are usually eligible for sponsored advertising, however this does not include any retweets, replies, or quote tweets. However, the tweet must match the quality standards mentioned below in order to be promoted. Really, all you have to do is continue using the site as usual! Twitter will handle the rest, and because the platform understands its own algorithm (a marketer’s nightmare! ), your content should be shown to your intended audience. Twitter believes that activating this option will result in an additional 30,000 users and 30 new followers per month.

How much does it cost to promote a Tweet?

This monthly membership service, like the conventional manual campaigns, is not free! This automatic method will cost you £79 (or $99) per month, which works out to about 25p per post for a maximum of 10 tweets per day. This is slightly less than the average cost of creating your own campaign. However, if you don’t use Twitter for advertising on a regular basis, a campaign you create yourself can have a set budget assigned to it. It’s also important to consider where this cost will come from if you choose to use the automatic service – could the extra money be spent more wisely elsewhere?

See also  Best Twitter Tools to Use in Your Marketing Strategy

Twitter promote mode is extremely simple to set up! You’ll be able to use the tool in four simple steps if you begin with this direct link: https://ads.twitter.com/subscriptions/mobile/intro

After you’ve chosen your country and timezone, you’ll be asked to choose one of five categories or locations that will best suit your business. The available options are not as sophisticated as you may be used to with Twitter Ads, and may therefore not satisfy your company’s needs because you cannot select both a location and an interest. Each interest category is quite broad, ranging from “Pets” to “Business,” but you should try to focus on those that are most relevant to your content, which may be only a few of the options available. After completing this selection process and providing your credit card information, you can simply continue tweeting as usual, and your posts will be promoted to a larger audience. It’s that easy! But does it produce meaningful results?

Can promoted Tweets give results?

The major question is whether Twitter promote mode delivers the results it promises. Yes, it does in general! You can access the statistics using your promote mode dashboard, which will show you:

We discovered that by using this strategy for a month, we received considerably more impressions on our tweets and got 32 new followers – generally agreeing with the social media platform’s claim. But does this mean that it is the best marketing plan to use?

#1 It cannot be scaled

One of the primary problems with the Twitter promote mode is its scalability; you can’t spend more money to get better results. The strategy also primarily focuses on followers and impressions, which are wonderful for increasing brand recognition but deliver very little in terms of ROI for the £79 that might be spent on more productive channels such as Facebook Ads. Both Facebook and the previous version of Twitter Ads allow you to narrow down your target, allowing you to customise your approach to a certain location or topic.

There are three key drawbacks to using promoted tweet automation instead of Twitter Ads. For starters, you can only target a place or an interest, not both, which means your audience may be too broad to provide you with results. Furthermore, just one or two of the items in the ‘interest’ category may be relevant to your business. This may be reflected in Twitter’s claim that while you may reach 30,000 people, you will only earn 30 followers. Finally, you cannot choose which tweets to promote. Although you could plan the posts you want to promote to be among your first ten daily tweets, if you tweet multiple times a day, this may not happen to you because you are operating on auto-pilot. As a result, you may have wasted one of your promotion slots.

Not every tweet may be one you want to advertise; perhaps you’re sharing a downtime team post to give a human touch to your social media, or you’re hosting a fun poll for your followers for some Friday fun. Certain tweets may not be appropriate for promotion through this service; nonetheless, unless you disable the promote option, Twitter will automatically promote the first ten that meet its quality requirements. So, although it’s fantastic for individuals who want to set it up and forget it, you need think about whether every tweet is suitable.

Twitter promote mode might be a valuable tool for businesses with a small following (up to 2,000 followers, according to the social media site) trying to improve digital brand recognition. It’s a quick and easy method for reaching out to a large number of people. While it saves time and is a very affordable means of promoting, the program will not be as successful as a manually managed Twitter Ad campaign. Furthermore, simply using hashtags might be a very simple and cost-free way to reach a new audience! Finally, the extra effort spent into creating a well targeted Twitter Ad campaign will result in a higher ROI in the long run. If you’re still undecided about using the promote mode, look into the following three questions: 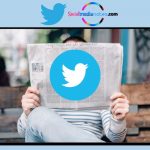 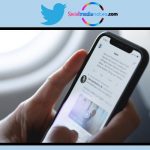