Top 8 TikTokers You Need to Know

TikTok was unknown a few years ago. However, it has lately gained appeal as its global fame has grown. The app promises to create dynamic material in numerous types of entertainment, such as trends, short videos, dances, games, advice, and so on. Its content is simple to create by submitting short videos with captions. Because of the lockdowns during the epidemic, TikTok gained popularity. This allowed many people to stay at home and spend more time on social media. TikTok users have mostly increased in the United States. As a result of the countrywide shutdown, the app grew in popularity. There are many inspirational and top TikTokers, but we have chosen a handful you need to know about. The chosen ones are among the most popular and have gone above and beyond to prove that they are more than just celebrities. What they do aims to transform people’s lives. Without further ado, let’s talk about the top TikTokers you need to know about!

Loren is one of the few people that choose to pursue their dreams in life. Her singing skills led her to Los Angeles, where she is now a well-known music performer. She’s managed to attend so many events where she entertained a large number of people and made a career from it. Unlike other famous musicians who mostly write love songs, she distinguishes herself by writing songs about other elements of life. Her trending songs include “Queen,” “Cake,” “Options,” “Kick You Out,” and “Anti-Everything.” She emphasizes teamwork because it has helped her to the top. Her collaboration with other musicians, such as The Chainsmokers and Jason Derulo, has allowed her to achieve her admirable position in the music industry. These two musicians played a big role in life by being globally recognized.

See also  How To Get Someone Banned on TikTok?

Her fame spread in August 2020 when her video went viral on the internet. She’s ranked third in terms of having the most followers. Her videos are always interesting, which keeps her followers growing. Bella has been famous for having a lot of controversies about her identity. So many people are interested in finding out about her real name, age, and past life in the United States Navy.

Spencer has been featured in many beats and YouTube videos, which has contributed to his fame. He has been progressing quickly, which has made him mentioned in many entertainment news stations and magazines. Other artists were amazed when he was discussed as one of the musicians who would dominate the music industry in the next few months. He has also teamed up with some of the most remarkable music stars, such as Alicia Keys and Sean Kingston.

Addison was born in Louisiana, where she began singing and competing in music competitions as a hobby, only to later discover that it would be her career. Her education was not in line with her music career. She had pursued a bachelor’s degree in sports broadcasting but had to drop out. Immediately, she moved to Los Angeles, where she made a U-turn and chose to pursue her music career.

Charli has become one of the most famous TikTok stars in the world in just one year. Previously, she was only a dancer who was good at several dance moves. Her reputation on the platform grew so quickly in 2019, and by 2020 she had so many followers. She posts most of TikTok’s dance trends videos above her rivals. Charli considers herself a jack of all trades to gain more fame.

Zach is a planner who recognized the presence of TikTok in 2016 and saw it as a chance to display his skills to the world before most people noticed the importance of TikTok. His past accomplishments in social media play a part in his idea of using TikTok to gain fame. In 2013, he won the NextUp Contest on YouTube, where he collaborated with his wife during the Amazing Race competition.

Will is the world’s most famous TikTok star for his movie-acting career, but he believed that he would not be restricted by only being displayed in movies, so he began creating short videos with incredible themes and posting them online. His videos portray a great deal of information on different spheres of life with other characters. He, like every other TikTok celebrity, gains fame on YouTube, where he does different skits with his family. He is currently focusing on strengthening his career in the filming business, and he occasionally contributes by appearing in videos of songs performed by other artists.

Jason is another renowned TikTok account that deals with songwriting, dancing, and singing. His career initially reached the top level in 2009, when he sold over 30 million songs. His posts on TikTok do not revolve around music; instead, he talks about humor and funny things that he has attempted in life. Not only that, but from his birth in 1989, he has always concentrated on dancing and humor, which has led to him collaborating with some of the top TikTokers in his career.

TikTok is a social media platform that allows you to share your talents and expertise on certain subjects; hence, utilize it to become an influencer or the most famous TikToker by reaching out to the entire world; your ideas will be recognized and appreciated. 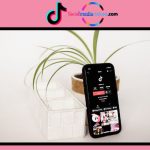 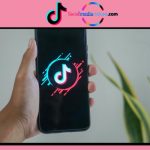